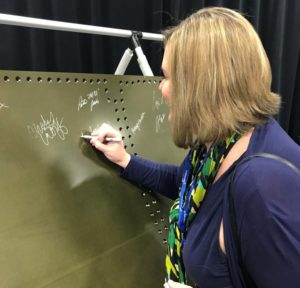 A celebration took place Tuesday upon the completion of the 5,000th F-35 composite part with a gathering at the Orbital ATK manufacturing facility in Clearfield, Utah.

Orbital ATK manufactures the parts for the F-35 at its 403,000-square-foot Freeport Composite Center. The 5,000 composite parts equate to approximately 430 ship sets that support the United States and international forces, a news release stated.