Petersen Inc. is a critical piece to the aerospace supply chain, operating the worldwide tooling warehouse for Boeing.  However, it’s their diversity that keeps them successful. 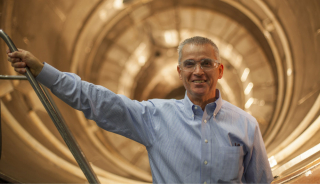 Dennis Petersen started the company in a garage on the west side of Ogden in 1961. “It’s right next door,” says Mark Jenkins from Petersen’s current, million-square-foot facility. “I’m looking at the garage right now.”

While the company has grown into one of the most respected welding and fabrication companies in the country in the time since, its focus, like its location, hasn’t strayed far from its roots. “Dennis was a gifted welder,” says Jenkins, noting that the apple didn’t fall far from the tree. “His son, Steve, took [the company] where it is today. He was a certified welder at the age of 13 or 14.”

More than 50 years after the garage days, Petersen sticks to its strengths. “We pride ourselves on the quality of our welding and machining,” says Jenkins, noting that the game is the same on projects that range from “a swing set to a nuclear glovebox.” 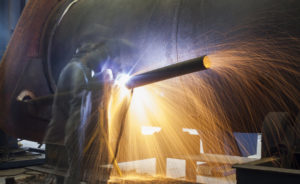 The company works on projects from customers in a variety of industries: aerospace and defense, mining, nuclear, and petrochemical. “The secret sauce is diversity,” says Rob Despain, VP of business development.

“That’s not by chance,” adds Jenkins. “That’s by design.” He says that Petersen was once heavily leveraged in the mining business, to the tune of about a third of the company’s sales. “That went south, and we got into the nuclear business,” he explains. Since that pivot in 2012, the company has worked in numerous decommissioning and safety projects as well as making some 20,000 vessels for spent fuel. 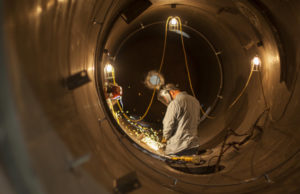 Jenkins describes the Petersen strategy as industry-agnostic. “You’ve got to ride those ponies while they’re hot,” he jokes. “Nuclear and petrochemical have been our strong ones in 2014. Aerospace is making a run.”

A lot of the latter business comes from Boeing. “They have planes sold for the next seven years,” says Jenkins. “They have a bigger backlog of any company we know of in the world.” 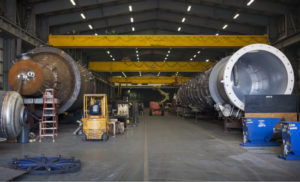 Beyond the manufacturing operations, Petersen operates the worldwide tooling warehouse for Boeing. “They call for tooling from us and have it delivered all over the world,” says Jenkins. “We have a two-hour requirement to get it out the door. We average 20 minutes.” Read more….