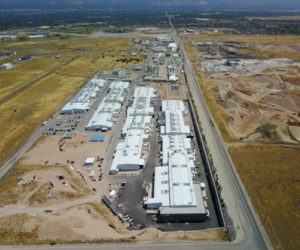 Although it has progressed tremendously since its modern inception in the late 1960s, the “simple” chemical transformation that is the manufacture of carbon fiber, is a complex, capital-intensive and daunting process only practiced well by a handful of companies throughout the world. Each of these producers has a long history of manufacturing carbon fiber and relies on a carefully cultivated and closely held formula that provides a much-valued competitive advantage.

It is for these reasons that gaining access to a modern carbon fiber manufacturing line is difficult to achieve. However, Hexcel (Stamford, Conn., U.S.), one of the world’s largest suppliers of carbon fiber, opened its doors to CompositesWorld and offered a glimpse of the scale, precision, speed and quality that are hallmarks of a world-class carbon fiber production process.

Of course, like most carbon fiber manufacturers, Hexcel produces other products as well, including resin systems, prepregs, tapes, fabrics, adhesives, honeycomb cores, tooling materials and some finished parts and structures. Most of this business, however, revolves around the company’s HexTow carbon fiber brand, which includes well-known products like AS4 and AS7 (high strength); IM7, IM8, IM10 and IMA (intermediate modulus); and HM50, HM54 and HM63 (high modulus) 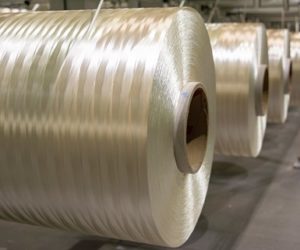 Most of the carbon fibers Hexcel manufactures are available in tow counts of 3K, 6K and 12K, which are targeted primarily toward aerospace, defense and other high-performance applications. Hexcel is the primary supplier of carbon fiber prepreg to Airbus for the A350 XWB aircraft and delivers total product content valued at approximately $4.8 million for each aircraft. The company had 2019 sales of approximately $2.5 billion and is in prime position to compete with Toray, Teijin, Solvay and others for placement of carbon fiber on next-generation aircraft expected from Boeing and Airbus over the next decade as well as emerging automotive, urban mobility and energy segments.

How it got here

All of this might have seemed unlikely when Hexcel was founded in 1946, near San Francisco, as California Reinforced Plastics, producing honeycomb core. The founders, Roger Steele and Bud Hughes, attended the University of California at Berkeley and focused on development of honeycomb core/glass fiber sandwich structures for use in aerospace manufacturing. The company, started in Hughes’ basement, managed to win a few defense contracts before, in 1954, changing its name to Hexcel Products Inc. Along the way, as production operations matured, Hexcel moved into a true manufacturing facility in Berkeley. Read more……