A Little Bit of Utah Lands on Mars

Putting astronauts on Mars is a daunting task, not just because Mars is so much farther away than the moon but also because orbital mechanics argue for a stay of about 150 days on the surface, for a total of about two and a half years away from home. Aside from the physical, psychological, and emotional toll of such a long trip, the sheer amount of stuff that needs to be brought along is a potential showstopper. For many years, NASA has been looking for ways to lighten that load. A leading idea in that effort is to use some of the native resources that Mars has to offer — what is known as In Situ Resource Utilization, or ISRU.

When NASA’s Perseverance rover landed on Mars in February 2021, it took with it a highly sophisticated instrument called MOXIE, which was developed by a Utah company called OxEon Energy. MOXIE is short for the Mars Oxygen Experiment, which aims to produce oxygen through solid oxide electrolysis of CO2 in Mars’ atmosphere. The devices is like an “electronic tree” that will convert small amounts of carbon dioxide from the Martian atmosphere into breathable oxygen. It will be NASA’s first significant demonstration of ISRU on Mars. 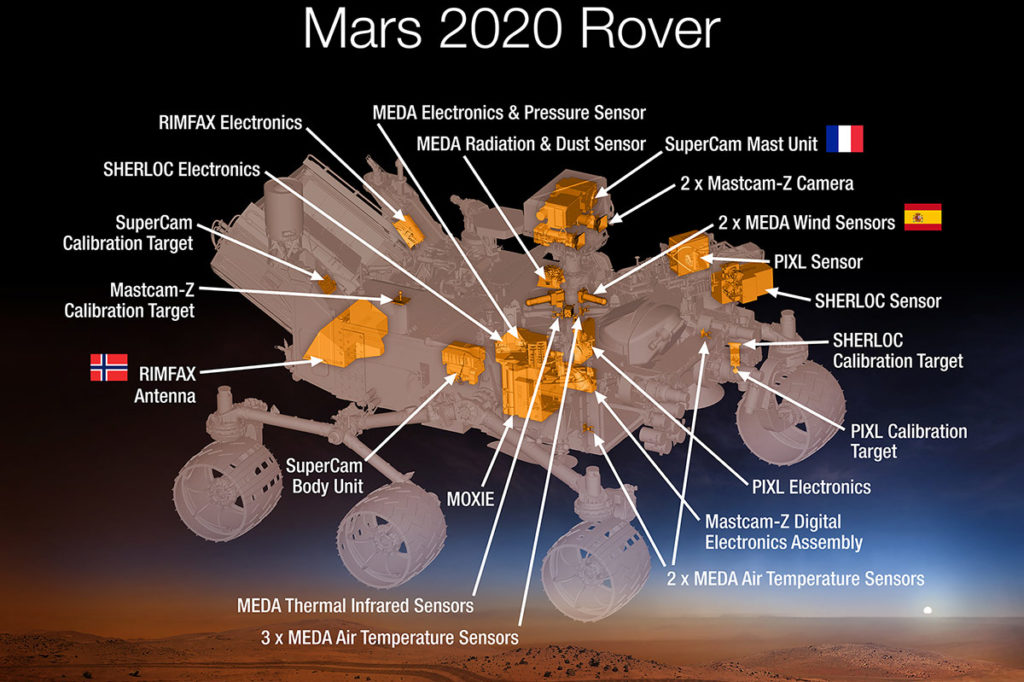 Story Behind the Name MOXIE
MOXIE is a short name for a tool that helps lead to human footprints on Mars. It helps humans explore Mars by making OXygen. It works “In situ” (in place) on the Red Planet, and is an Experiment.

MOXIE Makes Oxygen on Mars
Carbon dioxide makes up ~96% of the gas in Mars’ atmosphere. Oxygen is only 0.13%, compared to 21% in Earth’s atmosphere.

MOXIE Is a Test Model
MOXIE is the size of a car battery. Future oxygen generators that support human missions on Mars must be about 100 times larger.

MOXIE Helps Future Explorers
To launch off of Mars, human explorers need about 33 to 50 tons (30 to 45 metric tons) of fuel, about the weight of a Space Shuttle.

MOXIE Breathes like a Tree
MOXIE makes oxygen like a tree does. It inhales carbon dioxide and exhales oxygen.

Homemade Oxygen on Mars
Homemade liquid oxygen on Mars could supply more than 75% of the propellant humans need for exploration on the Red Planet.

(The video below is a NASA presentation about MOXIE from the MIT inventor, Dr. Michael Hecht)