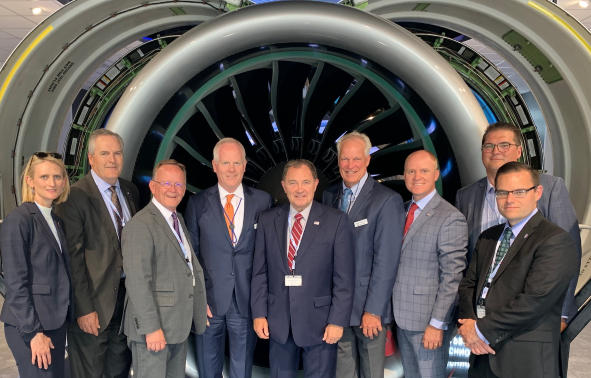 Gov. Gary R. Herbert just finished leading a business and diplomacy delegation of Utah companies and organizations on a trade mission to Switzerland, France and Italy to boost trade to Utah and promote the state as an attractive destination for foreign investment.

With many industries represented in the delegation, specific company and event visits will focus on exploring manufacturing, aerospace and energy trends. From June 13 to 21, 2019, delegates will forge valuable connections and gain industry insights from companies familiar with Utah.

“This trade mission to Europe will allow Utah companies to connect with diverse industries,” said Val Hale, executive director of the Utah Governor’s Office of Economic Development. “Maintaining and strengthening relationships with companies in these countries is key to Utah’s continued economic success.”

The three markets were selected based on their high-ranking GDP as well as for their close ties with the U.S. France and Italy have the world’s 7th and 9th largest GDPs, respectively. Additionally, Switzerland is the number one ranked nation globally in innovation, with a high percentage of its GDP coming from R&D investment. All three countries share a stable relationship with the U.S. and similar policies on most political and economic issues. France has more than 20,000 foreign businesses already established in-country. The U.S.’ exports to Italy are concentrated in pharmaceutical products, nuclear reactors and machinery. Read more……