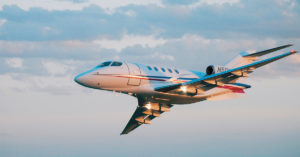 Utah’s Aerospace and Defense industry is big business. The state’s aerospace industry accounts for approximately 944 establishments and 31,390 jobs and is projected to grow by 2 percent per year over the next decade.

Utah excels in the core aerospace and defense competencies including design, composites manufacturing, software and control systems, sophisticated testing, and repair and maintenance.

Specialized companies such as ACT Aerospace, Borsight, Janicki Industries and others contribute to the growing supply chain for both commercial and defense applications in the state. Additionally, Hill Air Force Base, with more than 22,000 employees, is the primary caretaker for the F-35 and can be attributed to having a multiplier effect on Utah’s growing defense industry.

“The aerospace and defense industries are major contributors to the state’s vibrant and healthy economy. These top-notch companies create a rippling effect that adds to the state’s growing supply chain. Innovative technologies enable diversification and fuel growth within our economy,” says Val Hale, executive director of the Utah Governor’s Office of Economic Development.

Gov. Gary R. Herbert and delegates recently conducted a trade mission and participated in the International Paris Air Show in Le Bourget, France, where they built relationships within the aerospace and defense industry that could bring additional opportunities to Utah.